Why You Should Not Use Nulled Plugins on WordPress 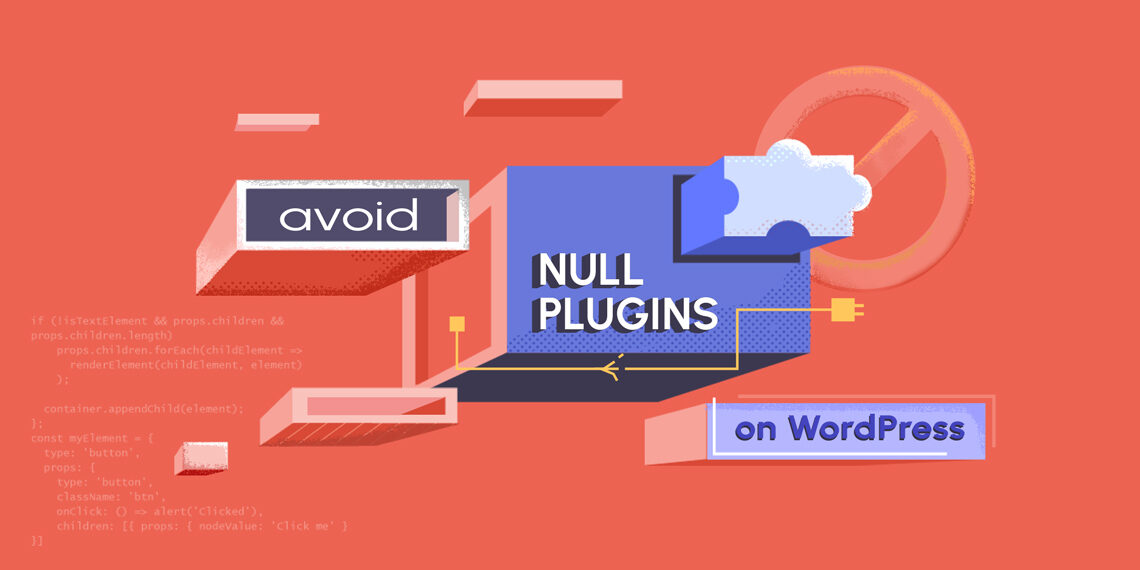 Saving money when building a site is usually always a good thing. But are you cutting too many corners to do so?

Let’s say you are new to WordPress and are looking for cheap solutions for building your dream site. A simple Google search for cheap plugins is bound to lead you to Nulled Plugins. The name itself sounds like something is wrong. But you might be tempted to check it out.

The site, as it turns out, has all the plugins and themes you need for little to no money which now basically saves all your budget. You might be jumping at this little victory since you have all the money for that fancy picture of an ape you’ve wanted.

Sounds too good to be true? Well, maybe that’s because it is. These “free” premium plugins and themes are what we call nulled. Nulled plugins are a severe breach of your site and we will explain why.

In today’s article, we will explore what Nulled WordPress plugins and themes are and why we should avoid them.

What Are Nulled WordPress Themes & Plugins?

The word Nulled is synonymous with terms like cracked and voided, sounds like bad news already, right? Nulled plugins or themes are the premium versions of WordPress plugins or themes that have been hacked or pirated and modified. These are usually redistributed on third-party sites for almost no money if not for free.

What do hacked or modified plugins mean though? A nulled plugin may be filled to the brim with malicious code. We will go more in-depth on this further in the article but in short, this just leaves you wide open to getting hacked or having the SEO of your site buried in the ground.

So, you might be wondering with all this talk about pirated software, if you install a nulled plugin how long till the cops are at your door? Well, it’s a bit complicated. See as opposed to pirated movies and such (which are illegal) nulled plugins are technically not illegal.

To understand why we need to first understand GPL and WordPress. According to Wikipedia – “The GNU General Public License (GPL) is a series of widely used free software licenses that guarantee end users the four freedoms to run, study, share, and modify the software.”

So in short the GPL license allows for the free distribution of GPL-licensed software. Believe it or not, most WordPress plugins and themes use GPL. The reason for that is that extensions need to be GPL-compliant to be listed in the WordPress.org directory. But while premium plugins are not required to have a GPL license, most chose to have it.

So what this all means is that nulled plugins and theme distributors are not per se doing something illegal. They have the right to distribute the GPL code.

Hold your horses though, this does not mean you should go ahead and stock up on nulled extensions. While the GPL does allow for the distribution of code, nulled plugins are still not a good idea.

So we now understand that nulled extensions are not entirely illegal. But that does not get rid of any of the risks involved with using them.

Here are the major reasons you should avoid nulled plugins and themes for your site.

Malicious people uploading the nulled extensions may fill the code with unintended scripts that can open backdoors to your site for hackers to just stroll into. They can have nasty payloads or even inject links for SEO to ruin the extension you download.

You might be wondering well sifting through the code will help catch these malicious activities and overcome them, right? Sure, yes. But how many beginners will know the difference? And even as an expert, it is a waste of time to go through the entire code base of every plugin or theme you want to use.

Even trusted GPL clubs that distribute such extensions should not be trusted as any plugin or theme not coming from the original creator of the extension would be called Nulled.

Nulled plugin developers, as we have established might not have an excellent moral compass. Hence, they can inject code to have unwelcome popups and ads from your site.

Over time search engines will catch up to you and your SEO rankings will plummet and you will not even know why. Nulled plugins will make your site fall into a void of getting no SEO which leads to no ranking and eventually leads to very poor engagement from customers.

You Are Harming Developers

Developers put their heart and soul into creating plugins and themes for users. Their hard work is rewarded by customers using the products to create businesses. Additionally, when customers purchase the products, developers use that revenue to continue improving their products. They can address customer dissatisfactions and work on them for future updates. Iterating and making more polished products.

Using a nulled extension denies them the money they could have earned to improve their plugin.

You would sort of be making life more inconvenient for yourself.

No Updates or Support on Nulled Plugins

Nulled plugins and themes if you have not figured it out yet, will not come with any updates for you. This can easily be the only reason not to get nulled plugins. Frequent updates and expert support are what most WordPress developers boast about. Customers look first if the plugin or theme has great support before purchasing an extension. Let’s take a look at what you are missing out on if you use a nulled plugin.

So even though you are getting all the features of a premium WordPress plugin or theme with the nulled version, the disadvantage of no updates will never be overcome. You will be stuck with only a set version of the plugin or theme that the nulled extension developer decided to release.

Maybe 5 more versions have come up since then. You won’t know because you have no access to auto updates or even updates at all. You would have to wait indefinitely for the nulled version of the latest update to be available on the third-party site if that ever happens, which might not happen.

Let’s say the nulled developer works overtime and releases the latest version right away. But you find out after updating that your site is breaking or you are having an issue with the new version. Well, you better put all your faith in Google since no one else is coming to your aid. If you are not a paying user of a premium theme or plugin you cannot get any support from the original creators of the extension.

The beauty of WordPress is that you can reach out to the developers of the original extension for direct assistance in times of distress. Being a paid user comes with this one benefit among many others that you cannot get anywhere else.

If hours of your time go out to fix minor issues that could otherwise be solved by an expert in minutes, have you really saved any money?

No Acess to New Features

Another big part of the updates from the original creators is security updates. So this goes in line with the big security concern we mentioned earlier. Maybe a developer released a silent version update patching a major security issue and added some new features but you’ll never know as auto-updates are not for you. So your vulnerable site becomes even more vulnerable without the original security update.

After everything is said and done, you can make an argument for nulled plugins. That is many users of WordPress plugins might just want to try out the premium features of a plugin. Although many WordPress extensions have free versions, the pro version is always paid. In these scenarios, many have said that a nulled plugin is the best way to try out a pro plugin before buying it.

But it is not worth the trouble. As we mentioned earlier most plugins come with a free version that can give you a very good idea of how the pro plugin would work as well.

If you are a freelancer or a developer at a WordPress agency you might want to first check if a plugin or theme would be compatible with your client’s site. You can directly contact the sales division of said extension and they can guide you toward the free version of the plugin or theme. You can try out the free version to get most of the idea if this plugin would align with your client’s needs.

For example, Tutor LMS has a free version alongside its pro version. All you need to do to get the free version is simply just download it.

Even after all that if you decide to download a nulled plugin, never use it on a production site. Only expert developers should even attempt to try out a nulled plugin on a local site(still it’s not recommended).

Well, there you have it, folks. That was all about nulled extensions and why you should strictly avoid using them. If you ever feel the need to use a nulled version of a plugin, just don’t. It’s simply not worth the problems.

Curious about Tutor LMS and its premium features? Check out our pricing page and feature list or try out the free version to get a taste of what it is. At the end of the day paying to buy the actual product will save you much more money and time in the long run. Let us know your thoughts in the comments below. Sayonara! 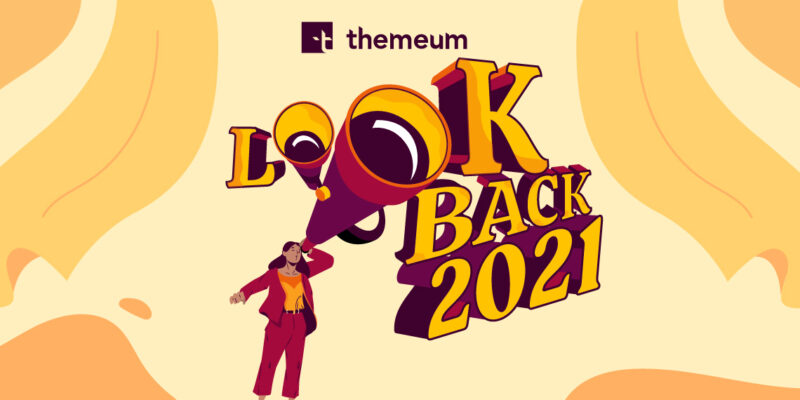 Themeum 2021 Year In Review: A Year of Hopes Fulfilled 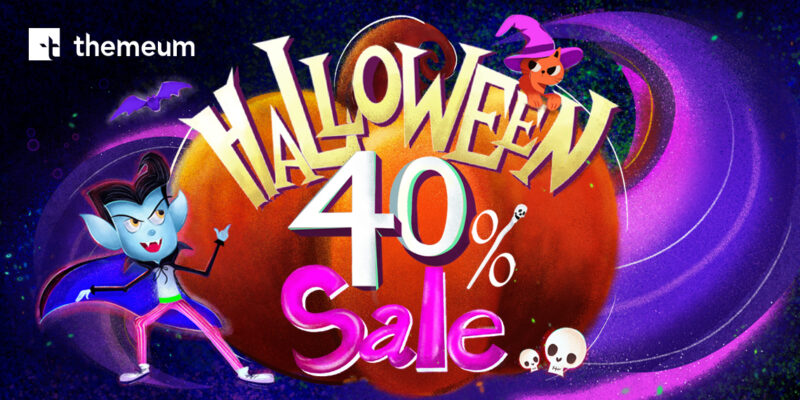 No Tricks Just Treats: 40% Halloween Discount on All Products

October 26, 2021
No Tricks Just Treats: 40% Halloween Discount on All Products